A fundraiser for Mclean Little League has been announced by HBC Realty Group’s (Keller Williams Realty) Community Charity Champions.  Come to dinner on Tuesday, June 11, 2013 from 5 to 8pm at Pulcinella Italian Host (click her to view/print menu) in McLean to support Mclean Little League.  Enjoy dinner and know that approximately 70% of the proceeds from food and drink will go to the charity, as long as the diner brings the flyer for the event.  Contact HBC Realty Group at 703-734-0192 or click the link below to view and print the flyer.

McLean Little League faces unique challenges.  All funds to run the league and maintain the property come from members, sponsors, advertisers and donors.  McLean Little League holds title to its ballpark on Westmoreland Street and operates and maintains the complex, independent of any county or governmental funding.  With the exception of an administrative support person and complex manager, all support staff are volunteers.  Volunteers commit their time because they care about our community and children.

“McLean Little League would like to thank Community Charity Champions for supporting our league with a fund raiser again this year. The funds raised by this event will be used to support the baseball and softball programs for the children within our community that participate in McLean Little League.”

Sponsors of the event are: Karen Briscoe and Lizzy Conroy with the HBC Realty Group of Keller Williams Realty, Betty Sparkman and Chris Lara of Reveal Remodel, Richard Moroscak with EagleBank, Kevin Dougherty of Pillar to Post Home Inspections, Marcus Simon with EKKO Title, Moe Jebali of Pulcinella Italian Host, and One to One Fitness Centers.

Mclean Little League, Inc., (MLL) was founded in 1956 and is chartered by Little League, Inc.  This year they begin the 58th year of commitment to the children within the McLean Little League boundaries.  During the 2013 spring season, the program supported over 100 baseball, softball, and challenger teams with over 1200 players participating.

The Huckaby Briscoe Conroy Realty Group of Keller Williams Realty launched Community Charity Champions in 2012 as a venue to fundraise for local nonprofits.  As good corporate citizens, Karen Briscoe and Lizzy Conroy were searching for a means to support charities in the community.  The event is held on Tuesday evenings at Pulcinella Italian Host in McLean where a portion of the diner(s) is contributed to the charity of the month. Karen Briscoe and Lizzy Conroy were honored with the Corporate Social Responsibility award in 2012 by the Greater McLean Chamber of Commerce for the work HBC Community Charity Champions has done and continues to do for nonprofits in the area. 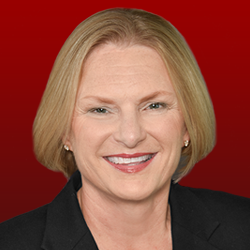 Karen Briscoe is a partner of the Huckaby Briscoe Conroy Realty Group (HBC). The HBC Realty Group has been named to the Wall Street Journal Top Realtor® Team List. Over the years, the group has sold over 1,000 homes valued at over $1 billion...
Read Full Bio