The Transformation of Tysons Corner, VA

Tysons Corner, Virginia is going through a significant transformation.  The Fairfax County plan will make it the largest reurbanization project in the world.  The construction of I-495 Capital Beltway 40 years ago created a triangle at the intersection of Routes 7 and 123 which became known as Tysons Corner.  The 2014 completion of the Silver Line by the Washington, DC Metro Authority was the final piece of the puzzle in granting Tysons Corner full fledge city status. 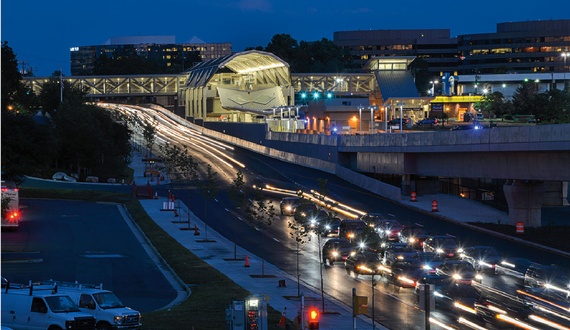 The Silver Line has four new Metrorail stations in the Tysons area.  The area is one of the region’s most congested areas as it brings together several major highways, shopping centers representing over 4 million square feet of space, corporation headquarters and other businesses with an employment base of over 120,000 and 26 million square feet of office space.  In fact Tysons Corner is currently Virginia’s largest office market, the 12th largest business district in the United States, about the same size as Denver!

The Washingtonian magazine recently showcased Tysons Corner in a feature article in the April 2015 issue entitled “Here Comes the Neighborhood”.  As quoted in the article:  “The redevelopment of Tysons is the most important urban redevelopment in the country, possibly in the world,” says Christopher Leinberger, a professor at George Washington University and a senior fellow in the Brookings Institution’s Metropolitan Policy Program. “If they do this right, it’ll be the model. Just as it was the model of edge cities, it will be the model of the urbanization of the suburbs. It’s that big.”

Tysons Corner is one of the great shopping Mecca’s of the world, boasting both Tysons Corner Center and Tysons Galleria in addition to numerous strip centers and destination shopping locations.   The major retailers include:  Macy’s, Bloomingdales, Nordstrom, Neiman Marcus, Saks Fifth Avenue, Ann Taylor, Barnes &Noble, Zara, Brooks Brothers, L.L. Bean and Eddie Bauer.  Further there are numerous boutiques, restaurants and clubs, hotels and entertainment venues, making it one of the most desired destinations in the region. 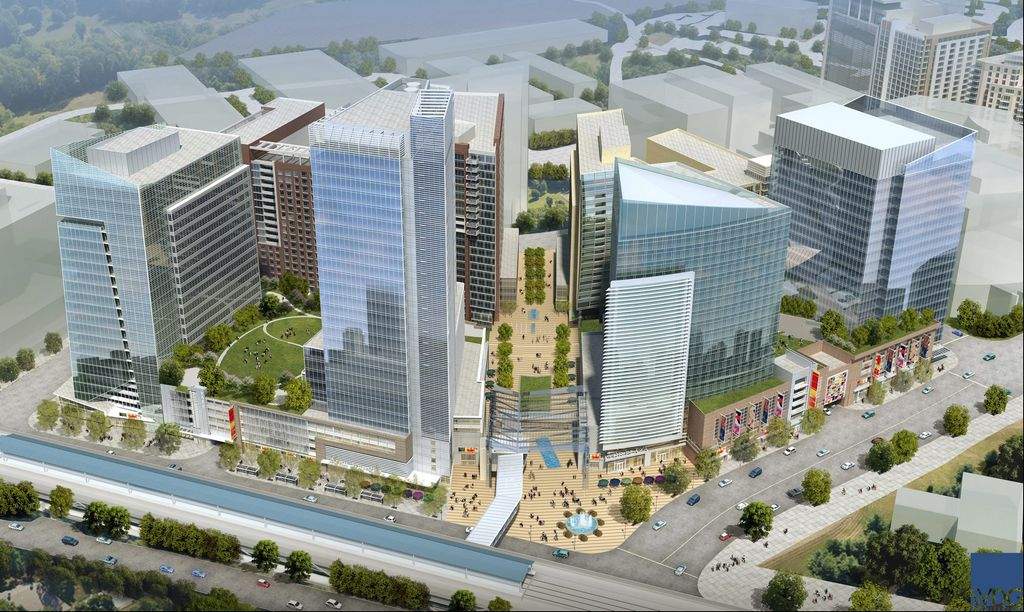 Tysons Corner is called headquarters for a number of major corporations, including Booz Allen Hamilton, Capital One, Freddie Mac, Gannett/USA Today, Hilton Worldwide, MicroStrategy, National Automobile Association and most recently SAIC.  The Silver Line means ease of travel between Tysons Corner and points such as the Pentagon, the downtown District of Columbia government and business areas, Reagan National Airport and eventually the Washington Dulles International Airport.

The Tysons Land Use Task Force has created a vision to incorporate an appropriate mix of commercial, retail, residential with the transit facilities as well as parks, open space, arts, cultural and community amenities.  According to the U.S. Census in 2000 there were 18,540 people who called Tysons Corner home; I predict the 2010 Census will indicate that number has doubled.  Planners are projecting 100,000 residents for the area by 2050.  The Silver Line is truly the silver lining for Tysons Corner!

The link to the Washingtonian article, dated April 2015:  http://www.washingtonian.com/blogs/openhouse/development/the-audacious-plan-to-turn-a-sprawling-dc-suburb-into-a-big-city.php#.VRs51_kUn10.facebook

Karen Briscoe and Lizzy Conroy are active and experienced Realtors ® in the Northern Virginia, Washington DC and suburban Maryland market place and would be delighted to assist whether for home buying or selling.  Please contact via the means most convenient for you:  www.HBCRealtyGroup.com, 703-734-0192, Homes@HBCRealtyGroup.com.