Where We Live: Merrywood On The Potomac

Merrywood on the Potomac is a small luxury community in McLean of 35 condos that live like townhomes. These homes were built in the late 60s on the banks of the Potomac River. Originally, the land was part of the Merrywood Estate, Jackie Kennedy Onassis’s once home and where John F Kennedy wrote “Profiles in Courage”.  These homes don’t just have history they have easy access to any modern amenities while being nestled in a natural setting.

Residents of the homes enjoy privacy rare inside the beltway with ease of access to Downtown DC, just one stop light away. The homes feature unique floor plans in the Executive Style with vaulted ceilings up to 13 feet high as well as Formal Living Rooms built for entertaining. The enclave of homes is surrounded on 3 sides by parkland with trail access to the Potomac Heritage Trail which leads to the River. Residents enjoy wandering through the neighborhoods and trails, maintained by the neighborhood’s Condo Association. The community offers private tennis courts as well for resident use.

This community has a very rich History. Originally part of the Merrywood Estate which still resides nearby, the area was home to many famous people in our country’s history. It was the childhood home of Mrs. Jackie Kennedy after her mother remarried into the Auchinclosses. Additionally, President John F Kennedy was said to have often visited the estate during his presidency, than called “Hamlet” by his Secret Service detail. Author Gore Vidal also did some writing at the estate, including his book “Washington D.C.” In 1964, Wyatt and Nan Dickerson bought the property. Nan (Nancy) Dickerson was a prolific white house reporter, around for many of the historic moments of the 60s including the assassination of President Kennedy.

While having an element of seclusion, this neighborhood is very connected to the surrounding areas with a plethora of nearby amenities. The homes sit directly off Dolley Madison Blvd which is a major thoroughfare of Northern Virginia leading from Chain Bridge Road through McLean and Tysons into the heart of Vienna and down through Fairfax. There is easy access to points north and south via the George Washington Memorial Parkway. 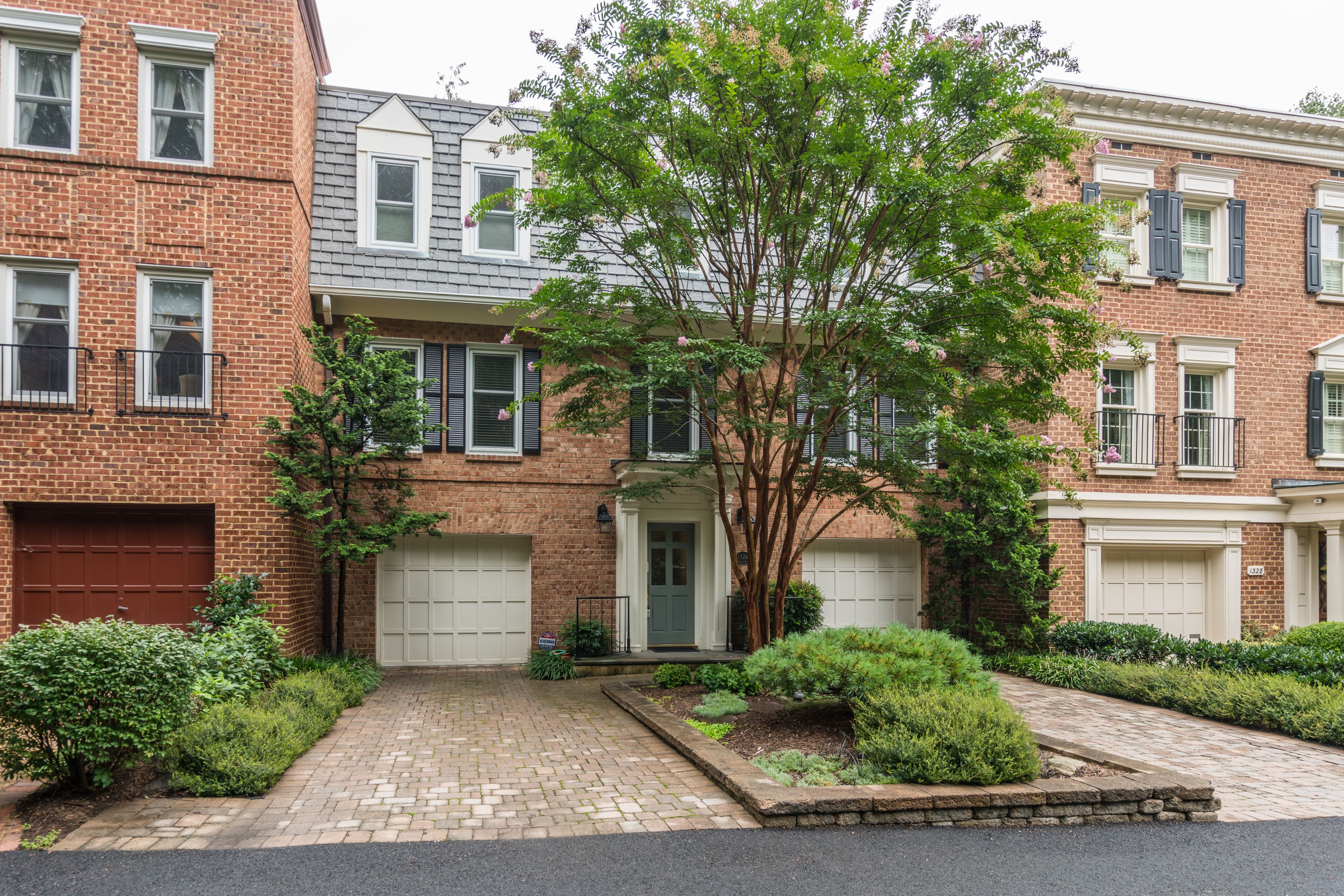 Three homes in Merrywood on the Potomac sold in 2016 ranging from $1,350,000 to 1,850,000. In size, the homes are anywhere from high 2000s to high 4000s in square footage.  The layouts vary widely, from 3 bedrooms, 4 baths to 5 bedrooms, 5.5 baths. The development was planned and the homes were designed and built by the late Walter Burns whose homes are known for their quality. The Merrywood on the Potomac Condo Association maintains the community and common areas.