Sell
Buy
About Us
703.734.0192
WHAT IS YOUR HOME WORTH?
Find Out
Contact Us Now!
SELL
BUY
Love Where You Live
Neighborhood Insights
Search Listings
Videos
About
Our Residential Team
Client Reviews
In the News
Properties
Our Listings
Our Sold Listings
Clients - Community - Charity
Contact
History 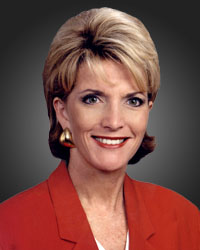 Karen Briscoe and Lizzy Conroy have been business partners since 2009. They consider their partnership “made in heaven” as both are active members of Trinity United Methodist Church in McLean, Virginia.

The founder of the group is the late Sue Huckaby. Sue began her career as a Realtor® in McLean, Virginia in 1977 and became one of the most successful Realtors® in America. Nationally in 2002, Sue was ranked as the number ten Realtor® out of over two million Realtors® in the United States. For many years, Sue was the number one Realtor® in Northern Virginia. Sue was a “people” person, she loved her work, and everyone enjoyed working with her.

Sue’s husband, Jerry Huckaby, a former member of the U.S. House of Representatives for Louisiana, worked with Sue full time from 1993 to 2008. Sue and Jerry Huckaby met Karen Briscoe at Trinity United Methodist Church and in 2006 asked Karen to become a partner. What Sue and Jerry wanted was for Karen Briscoe to carry on her legacy after Sue sadly lost her battle with cancer in September of 2008.