Sell
Buy
About Us
703.734.0192
WHAT IS YOUR HOME WORTH?
Find Out
Contact Us Now!
SELL
BUY
Love Where You Live
Expert Knowledge
Search Listings
Videos
About
Our Residential Team
Client Reviews
Properties
Our Listings
Our Sold Listings
Clients - Community - Charity
Contact 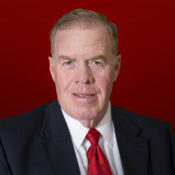 Andrew C. (Andy) Briscoe III is the Vice President HBC Group at Keller Williams. As a licensed Realtor®, he works with his wife Karen and team in the sale of residential real estate in Northern Virginia.

Andy retired as President and CEO of The Sugar Association in Washington, DC in January 2016 after 13 years of leadership. In that position he represented the US and world sugar industry. In May 2013, Briscoe was elected Chairman of the World Sugar Research Organization based in the U.K. representing 27 countries focused on research and consumption issues.

He has been a member of The National Press Club since 1996 and he speaks on food and nutrition issues. In addition, over the last 26 years, Andy has directed successful federal and state public affairs and policy initiatives working with Congress, several administrations, numerous regulatory agencies, and the U.S. Supreme Court.

As a member of the McLean Rotary Club, Andy enjoys being involved in the community and in service to others. The family is committed to Trinity Church in McLean and Andy has served in a number of capacities, most notably as Finance and Administrative Board Chair.

As VP of Operations for the HBC Group, Andy excels at managing the myriad of details involved in a real estate transaction. Andy is available to clients whether it be in the preparation for putting a home active on the market or working with buyers or sellers on the process from contract to settlement.

Andy and Karen are proud of their two children – Drew and Callie. The Briscoe’s reside in McLean, Virginia and enjoy biking and an active lifestyle.